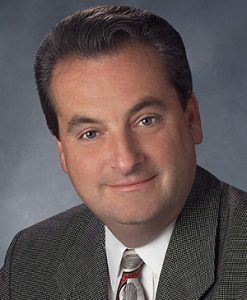 As Chairman of Hard Rock International, Allen oversees all operations of one of the most globally-recognized brands, known for rock music and its signature cafes, hotels, casinos, memorabilia and live concerts, with venues in 74 countries, including 185 cafes, 25 hotels and 12 casinos, plus Hard Rock Stadium in Miami.

Allen is a gaming industry veteran with 39 years of experience and he has held executive positions with the Trump Organization, Hilton Hotels & Resorts, Hemmeter Companies, Park Place Entertainment and Sun International Resorts.  A former member of the New Jersey Casino Control Commission Task Force on Gaming Regulation, Allen has lectured on countless casino industry topics at many professional conferences, governmental programs and college campuses, including the New Jersey Governor’s Business Development Conference and both Harvard and Cornell Universities.